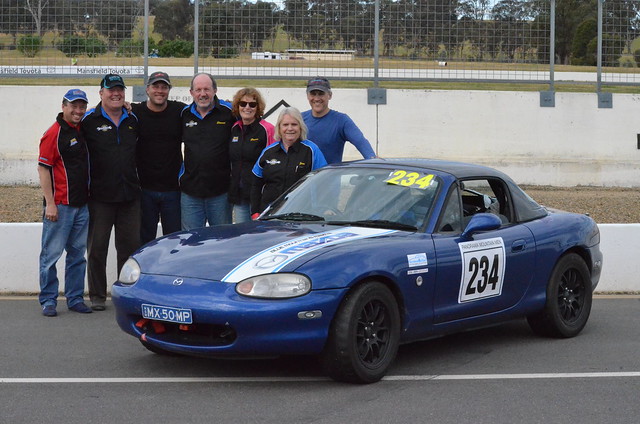 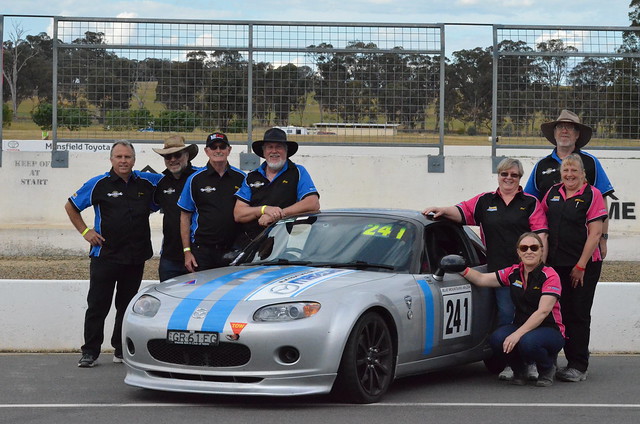 Most of us made the trip to Benalla on the Friday, except for Stewart, Glenn and Ian who opted to arrive the day before and get in some practice on Friday. That was a wise choice after the exhaust split on Ian's NB and an electrical gremlin developed on Stewart's NB. Repairs were made on Friday afternoon and we were ready to go on Saturday.

As at last year's event, the 12 Hour Relay consisted of 3 hours practice and 5 hours regularity on Saturday, followed by 7 hours regularity on Sunday. The scoring system is very different to both the Phillip Island 6 Hour and SMP 6 Hour. It rewards drivers for lapping within a one second window of their nominated laptime. You want to avoid breaking but the penalty is not disastrous - the lap just doesn't count toward your tally. Driver changes need to be minimised so the strategy of the Panorama Mountain Men was to do 4 stints of 75 minutes on Saturday and 6 stints of 70 minutes on Sunday. A 75 minute stint is the limit for NAs and NBs on a full tank of fuel. Driving at near full pace for this long is extremely tiring. Blue Mountains Mazda opted for shorter and less exhausting stints. 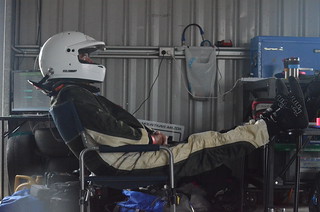 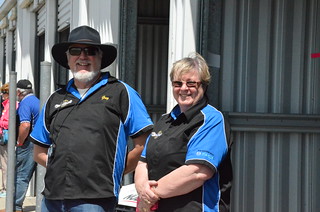 The fastest permitted laptime in the Alfa 12 Hour is 1:40 and in Saturday morning practice, the Panorama Mountain Men ranged from 1:42.82 for Gus Elias to 1:49.85 for Stewart Temesvary, while Blue Mountains Mazda ranged from 1:38.95 for David "leadfoot" Lawler to 1:50.59 for Graham Fletcher. After nominating our laptimes, the relay got going a few minutes after 1pm with a rolling start behind the pace car. Our starting drivers were Gus and Graham, with Gus up in 4th. 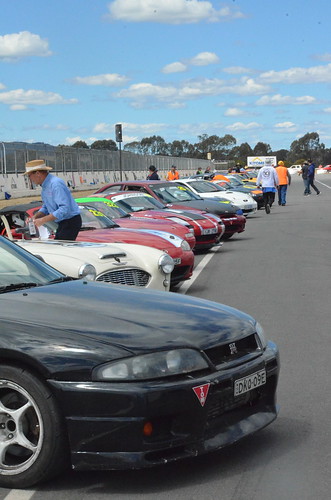 Gus recorded 19 bonus and 1 break in his opening 43 lap stint - a fantastic start. This was followed by more consistent scoring from Glenn (16 bonus, 3 breaks), Bryan (15 bonus, no breaks), and Dan (12 bonus, 2 breaks). Day 1 was halted at 6pm on Saturday and later that night Stewart estimated that Panorama Mountain Men were unofficially in first place. Blue Mountains Mazda were further down the order but still looking good to improve on last year's 13th place. Unfortunately David's drive was ended after 35 laps on Saturday with an oil leak into the bellhousing that caused a slipping clutch. We still had another 7 hours to go. 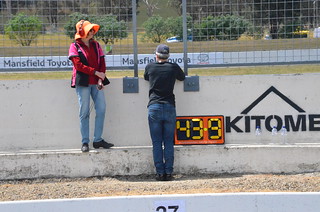 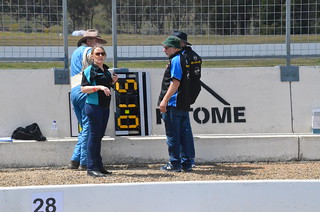 The event resumed at 9am Sunday, with Stewart knocking out 25 bonus, 3 breaks in his 48 lap opening. He was scoring so well, we left him out longer than planned. More consistent scoring followed from Dan (18 bonus, 3 breaks) and Gus (17 bonus, 2 breaks). Dan had an unfortunate collision with another car that turned into him when Dan went for an overtake, but the damage didn't slow him down. Glenn struggled for pace in his stint after a safety car interruption and long stoppage to clean up an oil spill. Bryan got the team going again in an extended stint with a flurry of 13 bonus in his last 17 laps (21 bonus, 3 breaks in 41 laps). Stewart (10 bonus, 1 break in 18 laps) brought it home for the excited team who knew we now had a great chance of claiming the win.

At the presentation ceremony, the results were announced in the traditional countdown from 37th to 1st. Blue Mountains Mazda improved strongly on last year (50.98% vs 52.41%) and finished in 10th place. Two teams from MX-5 Club of Victoria & Tasmania made it to 9th and 6th. The final call was: "The second place team, driving in Mazda MX-5s" and our hearts sank as we assumed that meant us. But then "... is Essendon Mazda MX-5 Motorsport" (the third team from MX-5 Club of Victoria & Tasmania). Huge cheers as we now realised we had won! (watch the video below) We didn't just win it - we smashed them. The margin between 1st and 2nd equalled the gap between 2nd and 7th. It was not only about the driving - this result is mostly due to incredibly successful teamwork that brought it all together. 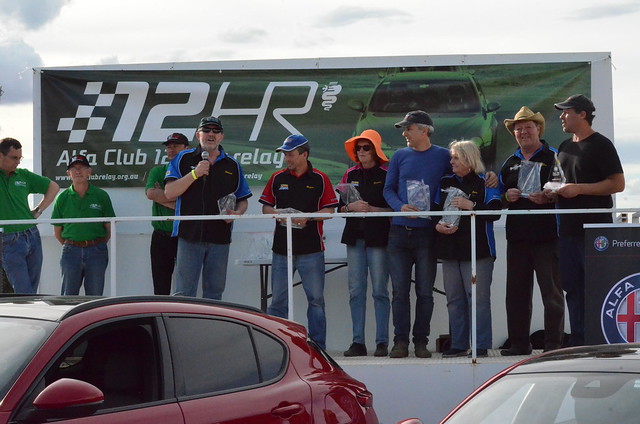 Article in the Blue Mountains Gazette