On Saturday 7 May, Illawarra Chapter members gathered at Haywards Bay, the starting point of our run to the Southern Highlands, where we would meet other chapters for the annual combined Charity Lunch for CareFlight. We arrived at Hungry Jacks car park at 9:30 to find 13 shiny MX-5s with their enthusiastic owners, including four new members on their maiden run, ready to take on the twisty, undulating, narrow and exciting country roads to our destination, Southern Highlands Winery.

Our run leader called the group together, handed out run sheets and gave a brief summary of our trip then back to the cars start engines, re-set odometers, radio check, all ok, we’re off. We headed south towards Kiama, not our usual run up Macquarie Pass, turning at Riverside Drive onto Swamp Road before passing through Jamberoo village then up Jamberoo Mountain. Very little traffic enabled an enjoyable run up the mountain and after 23km of winding road we reached the Illawarra Highway. Turning left we passed Robertson Pie Shop where several MX-5s from Sydney Chapter were parked, their owners enjoying morning tea before joining us later. We continued on through Robertson turning onto Pearsons Lane before winding our way along country roads through Exeter and back to Suttons Forest. 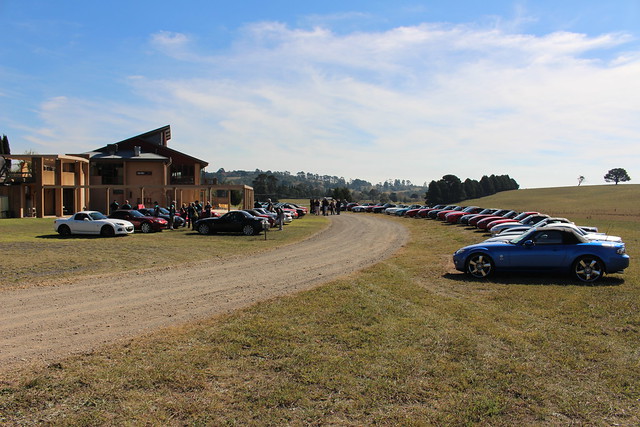 Arriving at the winery the Illawarra group was greeted by Club members from Canberra and Sydney Chapters. Soon after we were joined by hungry contigents from Hunter and RPM Chapters. The net result was 48 MX-5s lined up on display in the parking area and 86 members ready to enjoy a day of fine food, wine, conversation and as always great company. Thank you all for supporting our annual charity lunch!

Lunch was a buffet of salads, roasted crusty potatoe, BBQ sausages, and chicken & mushroom. It was delicious for most, although those at the end of the queque would have preferred their sausages to have been cooked (!). Then it was onto the fun part of the day with a few games of heads and tails, the winners receiving a bottle of Southern Highlands Wine, followed by the raffle. Our sales people worked the room extracting as much cash as they could from our generous members. Many smiling faces as tickets were drawn and winners chose from a variety prizes that had been donated. Sue & Keith Monaghan scooped the grand raffle prize of a night of 5-star accommodation at Star Casino's Astral Tower, a prize donated to us by Entertainment Books. 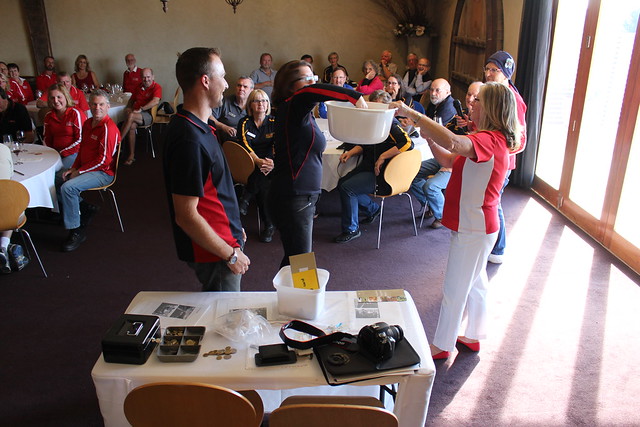 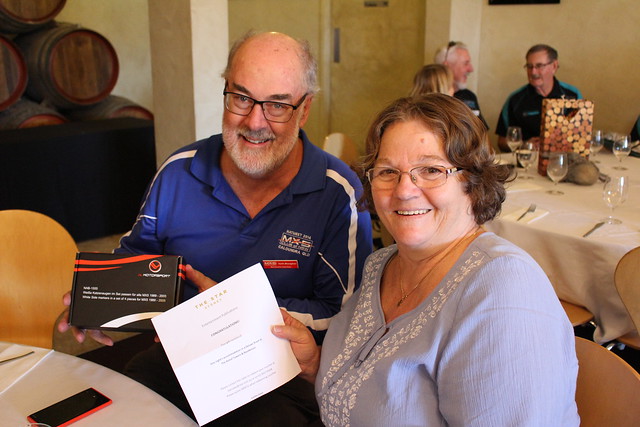 It was soon time to say our goodbyes as we headed in different directions home, a fantastic group of people united by our love of our MX-5s.

Many thanks to the generosity of everyone who donated prizes and bought tickets, we raised $1825 for our chosen charity, CareFlight. 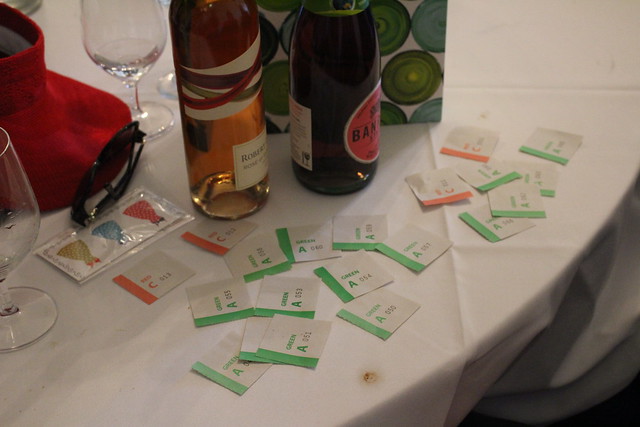 A special mention goes to Paul and Julie Farquhar, who, along with Jan Gibson, organised the event and also organised the Illawarra run to the winery. This was Paul & Julie's first foray into organising a club event and it was fantastic! Also thanks to the many extra helpers on the day who helped lighten the load ... Hella, Fiona and Alex are the names that were mentioned.