From the moment gossip and news articles started flowing through about plans for a huge car museum in Gosford, the planning started for an MX-5 Club visit.
Gossip became reality and teaser photos started filtering through of an ex-Bunnings building converted into a classic and supercar showroom.
With estimated values banded about in the hundreds of millions and sneaky photos of rare Ferraris, Lamborghinis, vintage Mercedes Benz and everything in between, this was a visit that was getting a lot of interest from members. 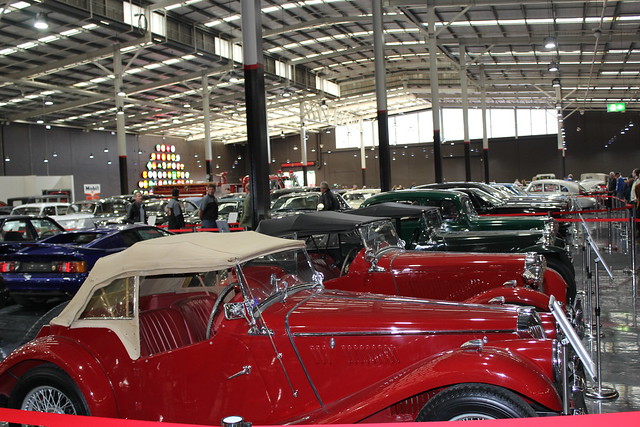 With a bit of planning behind the scenes a date was set for the Hunter, Sydney and RPM chapters to all converge on the museum for a group viewing. On the 9th July a large contingent of Sydney and RPM chapter members met at the Mt Colah McDonalds for the run north via the Old Pacific Highway to the Gosford RSL for lunch before then heading to the museum, while an equality large number of Hunter members met later in the day at Morisset McDonalds for the journey south via Yarramalong and Peats Ridge, also with a bit of the Old Pacific Highway thrown in. 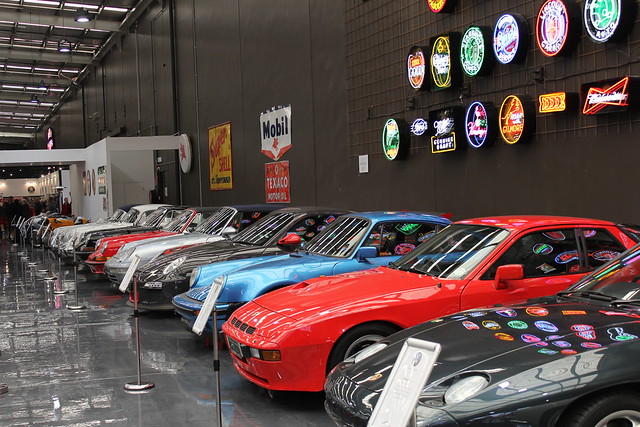 On arrival it was quick to see that this wasn't any old car museum. Upon entering the museum eyes went wide to take in a line of classic Porsche's before gravitating towards the group of Ferraris at the end of one row. An Enzo and F40 were front and center and not far away was the stunning Mercedes Benz 300SL Gullwing, with a long line of Lamborghini Miura, Countach and Murcielago's behind.  And this was just the first 2 rows!
The size of the museum was astounding, once inside our large numbers dispersed and there was plenty of room at stand back and take in just what was on display. There could have been another 100 people in there and you wouldn't have known. Certainly not the jostling of shoulders that is usual at car shows. 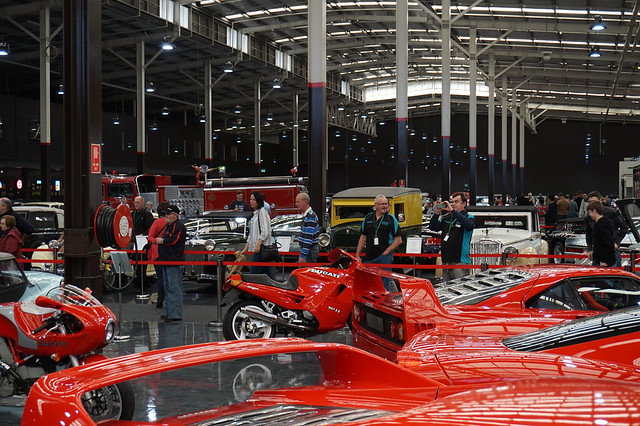 Between the super cars and super classics was the outdoor section (yeah, just when you thought a Bunnings building was big enough, they have two outdoor sections too!) which displayed some of the more odd looking Eastern European cars which were a sample of the vehicles the museum owner sold and traded through a chain of car yards after the fall of soviet Russia which helped amass his fortune.
One of the staff even talked us through some of the cars on display and where they came from, which was an interesting insight into the background. He even showing us inside the presidential limousine with its bullet proof glass and armour plated doors. 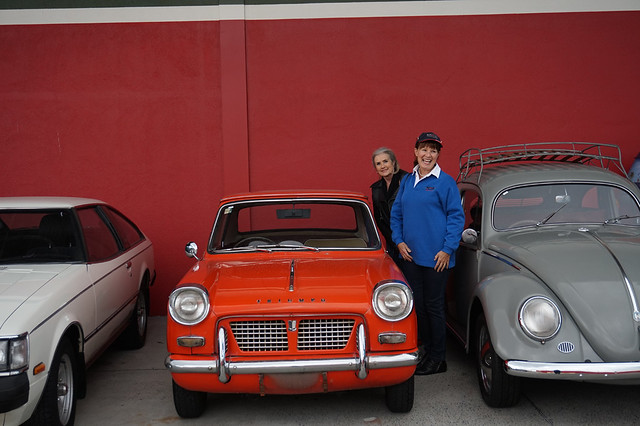 There were a number of staff moving around the museum who were happy to talk about the cars and knew quite a bit about them, though I'm sure their main role was to make sure our drool wasn't dripping on the cars.

Heading back inside, set up in the middle of the museum was the land speed record vehicle, the Aussie Invader III with a top speed of over 1000kph. We took measurements and no, unfortunately the engine wouldn't fit in an MX5.
On that topic, there wasn't any MX5's on display but we figured they were just too much fun to drive to be put in a showroom! 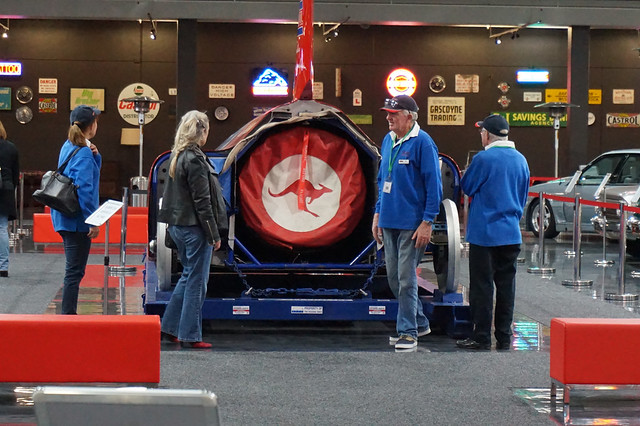 After plenty of time to peruse the displays everyone started to make their way home.
Some of the Hunter members hung around for dinner afterwards. Sadly the very popular race themed Trackside Restaurant had recently closed it doors so we headed to the Settlers Tavern which while not car themed, had some of the best meals at the cheapest prices we've seen for a while.

The most common question asked on the day was, if you could pick one car, which would it be? Most responses were along the lines of, "oh please don't ask that, I'd never be able to choose!"

Me, I'd have the Ferrari F40 in a heartbeat! 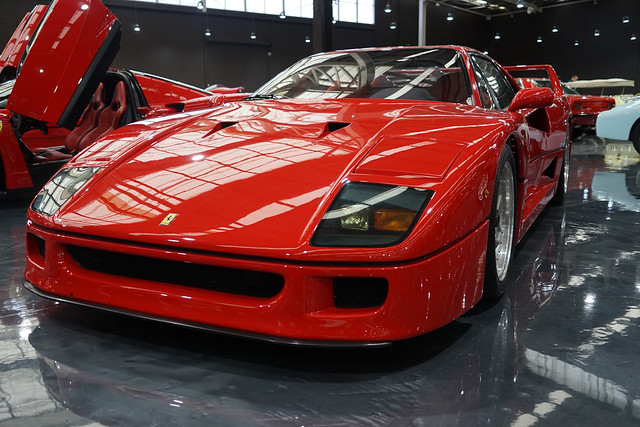