Under threatening skies, the first day of NatMeet XII kicked off with an introduction of what lay ahead in days to come with a brisk top-down drive from Launceston Country Club through lively, twisting roads to the picturesque grounds of the Josef Chromy Winery. Arriving in order of car age from Elaine and Colin Caldwell’s classic NA through to Warren Hotz’s ceramic ND, every participant’s car was professionally photographed against surrounding rows of leafy vines to be used in projected backdrops to the evening events. 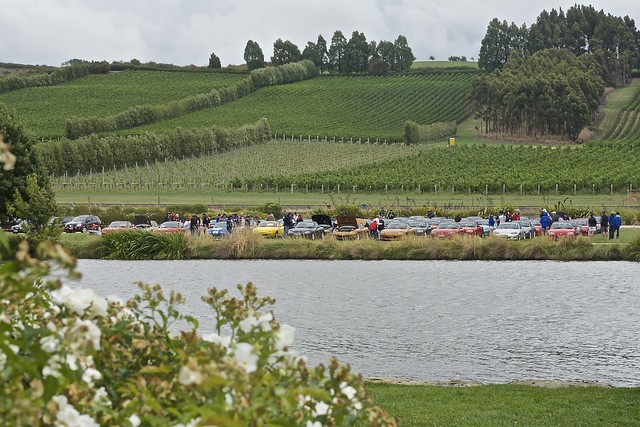 As arriving cars assembled into model groups for later judging of the Concours d’Elegance, and Show and Shine an occasional light drizzle kept the most earnest of members occupied with chamois at the ready to fend off threats of further rain. However, the prospect of a wonderful lunch and wine persuaded even the most dedicated of polishers into the winery restaurant. 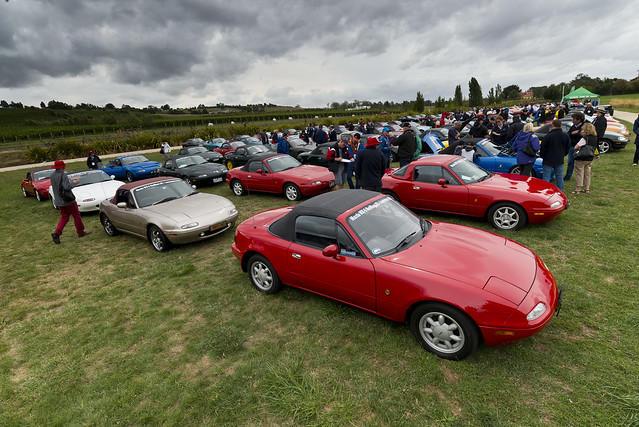 A superb three course seated lunch accompanied by some of the very best Tassie cold climate wines was effortlessly served to the 185+ guests followed by a warm welcome and outline of future events from David Collins and Bruce Gray of the organising committee. Coffee and dessert digested and friends reunited, it was now time for the Concours d’Elegance and Show and Shine. 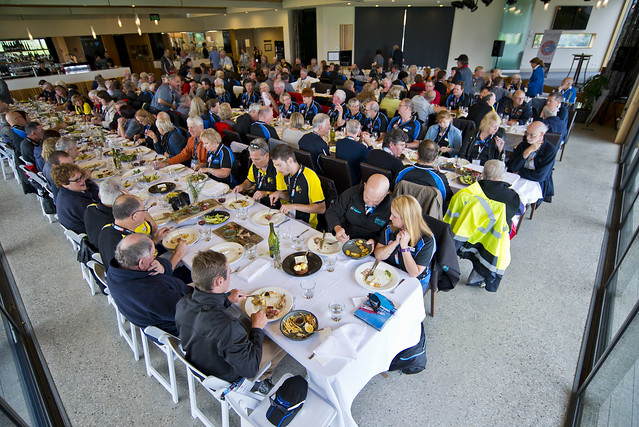 With the rain gods appeased by Shannons and potions of Meguiars the judging commenced of over 80 magnificently presented cars. Said to be the largest entry of cars in the Clubs history with 14 NAs, 31 NBs, 33 NCs, and 5 NDs assembled, the judges (especially those judging the NBs and NCs) worked tirelessly to check and score paint, glass, engine bays, wheels, undercarriage and interiors. Stand out entries from NSW included class winning awards to Amy & Romeo Perin’s NA6A and Warren & Blake Hotz’s ND in the Show and Shine, and the standard NB8B of Peter & Maureen Hilkmann, and Diann Miller’s modified NB8A in the Concours. Across the entire show Josh Fitzgerald & Lindsay Green’s NB8B took out the People’s Choice Award and Craig & Louise Morrison’s NA6A LE the Shannons Choice Award for most desirable car.

A wonderful day was had by all … well organised, a beautiful location, excellent food and wine, great roads, magnificently prepped cars, like-minded enthusiasts … and rain gods soothed to give us excellent weather for the rest of the week! 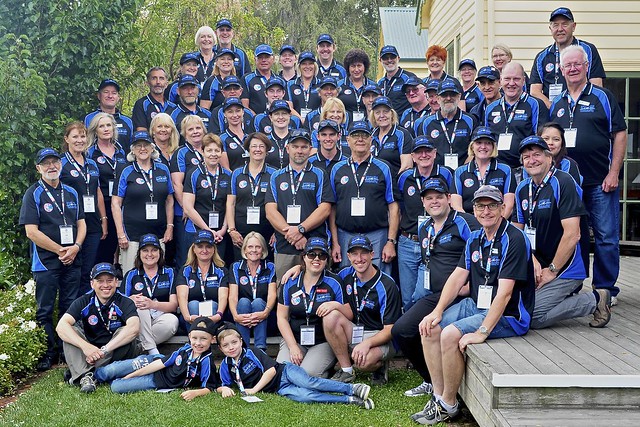