The theme for NatMeet XII was "It’s all about the Car", and for us MX-5ers ... Tasmania is all about the "Targa Tasmania Roads". And let me tell you right from the word GO ... we were not disappointed with plenty of Targa Roads to explore, before, during and after NatMeet.

Sometimes it can be easy to criticise organisers of functions such as a NatMeet, but when you consider the number of people and cars attending such an event, (there were 106 MX-5s to organise on runs) I take my hat off to the organisers and say congratulations ... job well done!

How it worked was ... there were 3 runs, over 3 days, going to 3 different locations, with each run group divided into 3 smaller run groups. This meant that there were 9 runs happening simultaneously, requiring 9 run leaders, and 9 tailend Charlies. So you can see the logistics involved in all of that. And it all ran like clockwork.

Each of the runs were through the beautiful countryside around Launceston, with each of the runs also containing some great and classic Targa Tasmania stages, allowing some to enjoy a slightly more spirited drive over those sections.

Our first run was the Bicheno Run, obviously to Bicheno on the East Coast of Tasmania. This was by far the longest run of NatMeet, but with clear and precise run notes (in case we got lost) we were off. 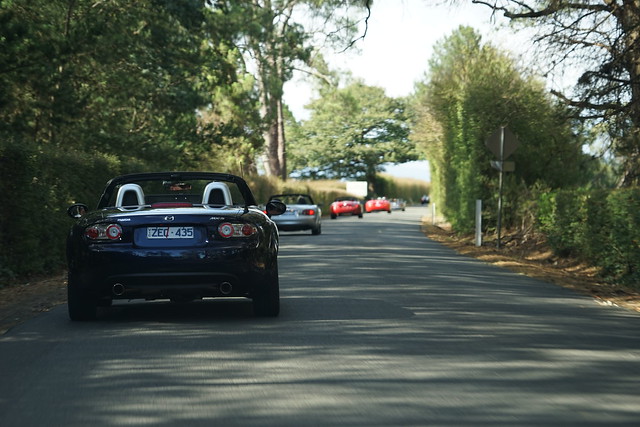 We travelled the backroads via Longford and Campbell Town, enjoying the country side on a fine sunny day, with just one quick shower from one of the irrigation systems. Lunch was at the Beach Front Hotel, in the beautiful town of Bicheno. As all of our lunches were pre-ordered, it wasn't long before we were sitting down to a fantastic pub lunch, and a light beverage. 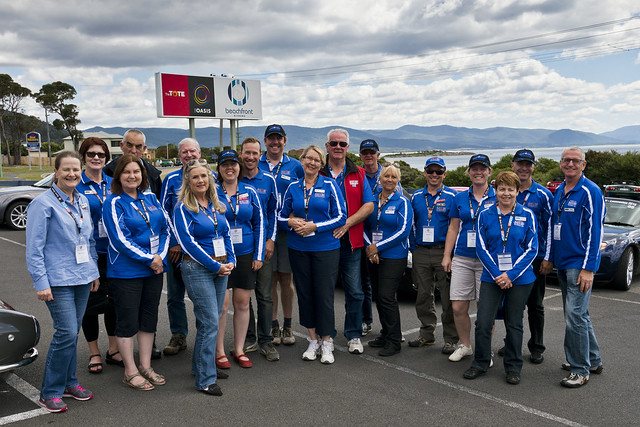 With lunch over, and a quick look at the blow hole, it was time to return to Launceston. It was only a shot drive north of Bicheno where we found our first Targa Stage in the form of Elephant Pass to St Marys. With numerous buses and caravans travelling in the opposite direction, this section of road was not tackled in a spirited fashion by most drivers in our group, everyone opting for a more cautious approach on this narrow section of twisty road.

This run was around 400km return, and although some commented that it was a little long, everyone still enjoyed the day.

Run two for our group was east to Gowrie Park. Again as was the case with all the runs, we had clear run notes that were easy to follow, but they weren't really needed, as our run leader (nicknamed Captain Slow) kept the convoy of MX-5s close together by driving well under the speed limit. 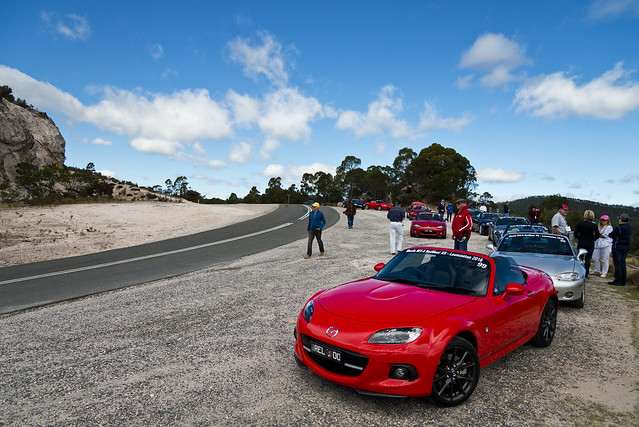 Even though the groups that did this run on the first day experience quite cool conditions at Gowrie Park, we had beautiful blue skies and warm conditions for our picnic in the Park. And this run had Targa stages both in the morning and on our return in the afternoon. We all had a great and relaxing day. 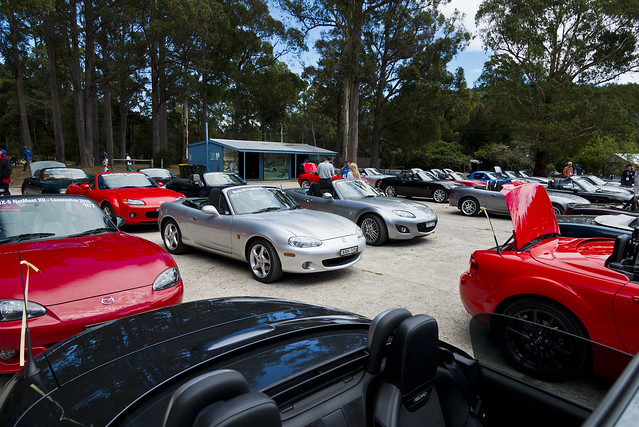 The third run, was the Bridport Run. With several classic Targa Stages in the section, one which included the steep climb with the blind right hander at the top of the hill, and the Tasman Highway to Scottsdale. I think this would have to have been my favourite run, as I finally got to have a more spirited drive along the Targa Stages (much to the disapproval of my better half). But I was able, in my Standard Concours NB, to keep pace with a couple of track boys, one in his NC and the other in a supercharged NB. Suffice to say we all had fun - and it was perfectly legal as we never got close to the 100km/hr speed limit. Maureen was happy that I had got that out of my system, and allowed her to drive back at a more leisurely pace.

Lunch was at the Bridport Bay Inn. Even though it was not quite up to the same standard as the Bicheno Lunch, it was still very good and enjoyed by everyone. After lunch our run leaders had found a great photo shoot location for us, so we all lined up for some photographs at the Old Pier with the beautiful background, followed by some car shots of course. 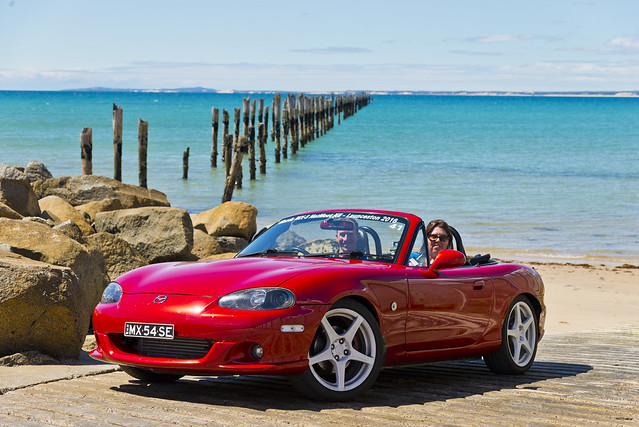 All in all we had some fantastic runs to enjoy during NatMeet, and it really whet our appetite to find some more MX-5 roads afterwards ... and we did find some more great roads. After all that's not hard to do in Tasmania.