Back in August, we enjoyed a fantastic day with Blue Mountains Mazda at Medlow Bath (sponsor of our RPM Chapter) for the launch of the 1.5L ND MX-5. The latest arrival of the 2.0L version provided another opportunity for a launch event for MX-5 Club members and visitors. Sutherland Mazda offered to host the event in their brand new showroom, and the date was set for Saturday 19 December. 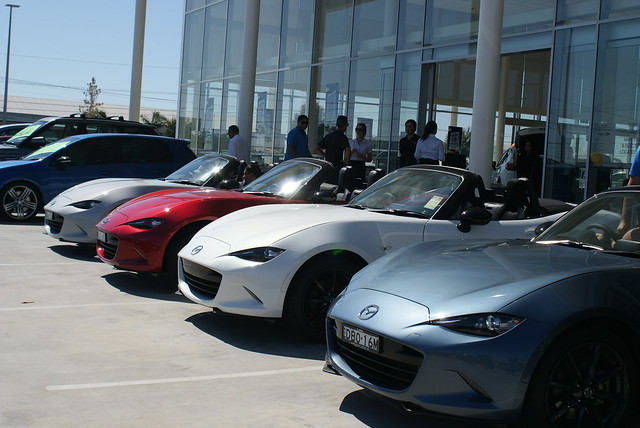 I was initially expecting about 55 people, but then a late flurry of bookings saw the tally climb to 70. Crikey! Would the dealer have enough parking space? I shouldn't have worried because about 20 or so registrants failed to show up and there was plenty of parking in the end. It was great to see a wide range of MX-5s assembled in the dealer's lot, including Peter Ryan who made the trip up from Canberra in his brand new 2.0L ND ... with a canoe trailer in tow! Lindsay Green made the long trek from Newcastle with Helen & Grant, while hubby Josh was stranded at work with a feeling that his wallet was about to get substantially lighter. 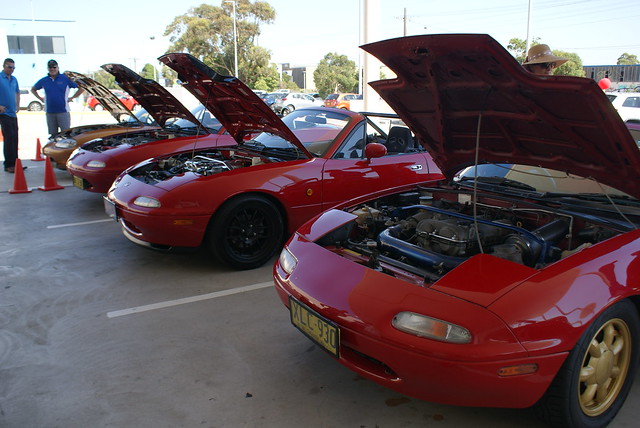 The main attraction was test driving the new ND MX-5. Sutherland Mazda had a selection of 1.5L and 2.0L autos and manuals. They were only able to find one 2.0L manual for test drives, and that came after last minute pleading with Mazda Australia. Predictably, it was THE car that everyone wanted to drive, and there was a long wait for a test drive. Thank you to everyone for your patience and understanding. The staff at Sutherland Mazda were initially overwhelmed by the demand for test drives but a system was quickly put in place, and some semblance of order followed. 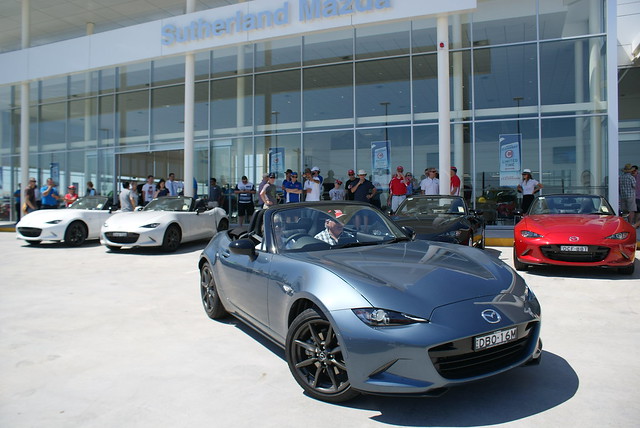 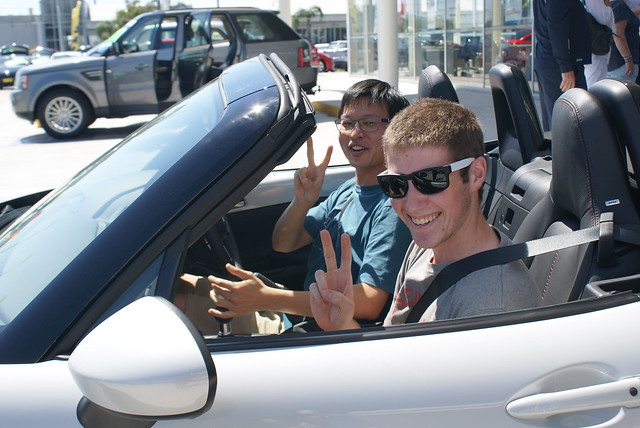 Meanwhile the interval was filled with friendly chit-chat and checking out the MX-5s in the carpark. The local surf lifesavers catered with a sausage sizzle available to purchase and raise a few dollars. As the day drew to a close, Dealer Principal Phillip Diab thanked us for our support and drew the winner of the lucky door prize - an Apple iPad Mini donated by Sutherland Mazda. The winner was Ray Conway from Nowra who had already departed. Not to worry, he was visiting family at Cronulla and I stopped in to deliver the prize to his wife Dianne. 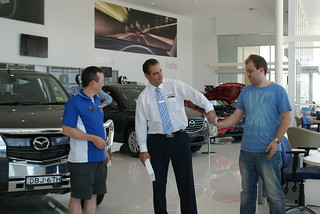 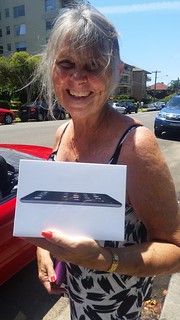 The day proved to be a great success for Sutherland Mazda and I hear that paperwork was signed for 2.0L NDs by at least two MX-5 Club members. Congratulations!